On Jan 31st, Stephen R. was walking out of the Wimberley H-E-B with groceries when he noticed a young woman in the parking area, her face distraught. Stephen is a naturally considerate man, and true to his nature, when he saw her a little later on RR 12 by the ACE, clearly in distress, he pulled over to ask her if she was okay. She told him she needed a ride “really bad” to Temple. Stephen was headed to South Austin to work on a house remodel, and she hopped in when he offered to take her that far. His Toyota Corolla CE was on empty, so he pulled into the Brookshire’s for gas. Then he was up at the payment booth, and she stole his car. Stephen tried to catch her, screaming to anyone who could hear him to call 9-1-1. Thankfully, he said, a red-headed lady was there and called the cops.

This happened at the worst possible time for Stephen R. He’d just separated 3 weeks before from his long-time girlfriend of 11 years. They’d grown apart, and he was interested in living a cleaner, loving life. That’s how he found himself in the predicament of having all his worldly possessions in his Toyota Corolla. He’d been sleeping at a friend’s house in Canyon Lake, living out of his car filled with tools, clothing, all his personal records. He’d just taken the job in South Austin, where he was now staying for several days and had already left his luggage and clothing there.

Stephen R. has lived in this general vicinity all his life. He finished high school at Dripping Springs High School in the 80s. Right after graduation, his first job was at Cypress Creek Cafe with Bruce Caulkin as the owner. He’s done every kind of job from delivering dog food across the state of Texas,  managing several different Wendy’s fast food restaurants, to being a roadie for 12 years with the rock and roll band, Joe King Carrasco. He came back to Wimberley in 2008, to work on a mosaic tile project for a friend of his and lived there while he finished. While living in Wimberley, he started working as a handyman and learned from some of the best people in the trade. He treasured the tools he’d gotten from family and friends, but especially the red toolbox given to him when he was born, which was filled, as his father could afford it, with gifts of Craftsman tools. When Diane Lunow answered the phone call on January 31st from Stephen, her friend and worker, she was surprised to hear him crying. “I lost my tools,” he said. It came late in the conversation that his car had been stolen. She told us he is one of the best men she knows, and she has to help him.

Stephen is the guy in town who everyone can count on, charging $20/hour, putting his customers before himself. Coach Dick Smith has lived and worked in Wimberley off and on since 1988. He’s hired Stephen for odd jobs around the house and for other properties he manages. Coach told us he’s the fastest worker you’ve ever been around. He doesn’t work long, mostly working 3 hrs, but he works hard. A repainted bathroom took him 2-3 hours and it was high-quality work. He has a wide skill set of carpentry work, painting, plumbing, and yard work. Coach said, “The first thing I notice about a person is if they look me straight in the eye and tell me the truth. Stephen has never lied to me. Always shown up when he said he’d show up. Always been there when I needed him. People I’ve referred him for work also give him great recommendations. And he’s been a great friend.”

Even though Stephen R. is only in his late 40s, he has some serious health limitations, so that he can only work 3-5 hrs a day. Two and a half years ago, he had a life-saving surgery, and his health problems frightened him enough that he stopped drinking and started eating right, but there is lasting damage. Stephen doesn’t have children. He’s embarrassed to be getting help this way and never asked for help except from friends here and there. His father had just bought him two new tires so his car could pass inspection. He doesn’t want his parents to know about the theft, especially because they couldn’t really afford the tires. They live off social security income, out at a friend’s ranch in a trailer.

Stolen:
2004 Toyota Corolla CE  with rear body work. The front hood is dented where one of his clients hit it with a tractor. He told them not to worry about fixing it. It has over 200,000 miles. Diane Lunow says he needed a new car, but Stephen loved that car. Please help Stephen with a new vehicle. We’ll try and raise between $5000-$10,000 for a dependable used car that he can live in at camp sites until he gets on his feet. Help him with used replacement tools to finish jobs he has lined up. Please deliver tools to Mail Stop in Wimberley at 13501 Ranch Road 12. Help him find housing with a roommate or as a property manager, working only half-days. Any extra money raised will be used to buy Stephen R. additional tools for work. If you have more questions, or would like to help him in other ways, please call us: 512-648-4400.

Breakdown of the budget and expenses:

Your donations have made such a tremendous difference in my life. Your support pushed me forward to see the future with hope and to better my life. I didn’t ask for any of this and was hanging on before, making do with what I had. I am so blessed to have the friends I have who helped me reach out to the community when I was in trouble and for the new friends I’ve made. You guys replaced all of my tools and more. I got crowbars with handles so now I won’t hit my hands prying up floors and taking off sheetrock. The van has space for all the tools, and I can sleep in there if I have to. I thank you for all of this from the bottom of my heart. —Stephen 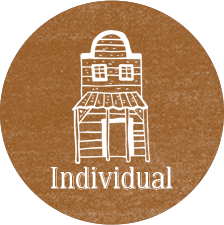 In Stephen's own words:

I hope this helps. I can donate a few fast food gift cards if that will help but would prefer to give them to someone associated with this unfortunate gentleman or him directly … Read more

I hope this helps. I can donate a few fast food gift cards if that will help but would prefer to give them to someone associated with this unfortunate gentleman or him directly. I can bring to location.