Martha Bettes passed away on September 22nd at 61 years of age. To say it was an unexpected death is an understatement. She was a dynamo in a small package with a forceful and loving presence. Her daughter Michaella was waiting for her mom to return to Wimberley so they could find a place to live together with Michaella’s son. Martha had only just left Wimberley during the Covid pandemic. She had lost her job and benefits, so she moved near Houston to live with her sister for three months to save money. She would be returning to Wimberley after that.

Martha moved to Wimberley in 2010 after she separated from Michaella’s father. She wanted to live in the same town as her best friends and live in the place where her heart filled up with joy among the Hill Country bluebonnets. Martha worked for a long time at Wimberley Inn and then Creekhaven Inn and Spa. She was opinionated and emotional and got drawn into political spats on Facebook. She was also articulate, earthy and kind and would readily pen a letter to the editor to defend the things she cared most deeply about, which were her family and being a third-generation Texan to parents who served in WWII. Martha’s passions were taking care of her family and friends and having her hands in the Texas earth in search of arrowheads or to plant flowers.

The evening it started, Martha had just finished dinner and had a hard time breathing. Her sister grew very alarmed and called 9-1-1. The ambulance took Martha to a hospital in Conroe where they called Michaella to let her know her mother had had a heart attack. The next day the doctor asked Michaella to please convince her mother to have open-heart surgery. During her stay in the hospital, over the next 18 days, Martha got pneumonia, her organs began to fail, and she lost the will to live. Her daughter says she passed away after she asked to please spread her ashes over a bluebonnet field in Wimberley. Martha didn’t leave behind savings or money for her cremation expenses. Her extended family isn’t in a position to help. Michaela gets by as one of the chefs at Wimberley Cafe and supports her 14-year-old son.

The cost of the cremation is $881.00. Michaella is uncomfortable asking for help for more, but she’ll be missing some work to travel and collect her mother’s things. She and her son had Covid in July, and she is still catching up financially. We’ll leave donations open for a short time, if the community would like to help with some of her rent after the $881 cremation costs.

There will be a memorial service for Martha Bettes in the spring when Michaella, with family and friends, will scatter her ashes over Hill Country bluebonnets.

I would like to thank everyone for your donations and beautiful comments you said about my mother. My mom loved Wimberley and most of all she loved her family and friends. I am truly  blessed to live in such a tight community were people come together and help each other in a time of need. I also want to say thank you to my friends and family from Florida, for your love and support. My mom loved each and every one of you like her own. She will be missed by so many. My heart is filled with so much love, Michaella 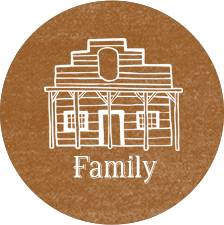 In remembrance of Martha Bettes, in Mona Gifford’s own words:

Martha was one of my best friends. She had nothing and gave more. She always wanted to help the underdog and was so generous that she gave even when it meant a hardship for herself.

Love you girl! I hate this so much for you and your family! She was like a mother to me growing up! Such a loving and caring person! Loved her so much! Xoxo ! Thinking of you all❤️ I … Read more

Love you girl! I hate this so much for you and your family! She was like a mother to me growing up! Such a loving and caring person! Loved her so much! Xoxo ! Thinking of you all❤️ I can still hear her voice calling me “sugar” 🥲